Is Buying Property In Turkey A Good Idea?

The Turkish residential market grew significantly over the last 10 years. Contributors to demand included new and modern residential supply in the market, an increasing utilization of affordable mortgages, and the increasing demand for earthquake-resistant construction. An increase in housing need due to population growth and urban migration also affected the residential construction market.

In larger provinces like Istanbul, Ankara, Izmir, and Bursa, famous residential projects have drawn considerable interest in recent times. Price, size, location, and amenities are now prime factors in determining residential demand. Istanbul stands at the forefront with almost 5.4 million units thanks to its 16 million population, accounting for 16.9% of total stock in Turkey. Ankara, Izmir, Bursa, and Antalya are other cities with more than 1 million housing units. Over the last 7 years, we have witnessed an outstanding rise in housing supply around Anatolian cities such as Şırnak (77%), Van (57%), Batman (49%), Kilis (46%), Mardin (46%), Siirt (44%), and Şanlıurfa (44%).

Turkey's constantly growing population demands for constructing more and more living spaces. The recovery of old buildings to secure the history, while building new ones became a high priority in the city’s development plans for economic growth. The growing middle-class market, as well as the younger population with innovative ideas that are transforming into professionals, are helping the city create a demand for consumerism in the city.

The government’s 2012 decision to lift restrictions on foreign property ownership is attracting investors from the neighbouring regions. Turkey’s own Association of Real Estate Investment Companies predicts $10 billion USD investments into the Turkish market over the coming years, especially now that a $250 thousand USD investment is enough to secure a Turkish citizenship.

Fall of the Turkish Lira Created a More Affordable Real Estate Market
The Turkish Lira has been on a steady decline since 2013, where USD and Euro hit 7.82 and 9.18 TRY respectively. Although this is an all-time low for the currency, it was expected as strict COVID-19 lockdowns have been implemented countrywide. The businesses and tourism have slowed down big time along with the rest of the world.

While declining is the case, the Turkish lira is expected to survive the next global financial crisis, thanks to being an investment-friendly country. The support it received from the government, as well as neighbouring investors, has never stopped or calmed down. Through various megaprojects and real estate projects, Turkey manages to keep global interest in itself. If anything, the falling currency has attracted even more foreign homeowners to the country. 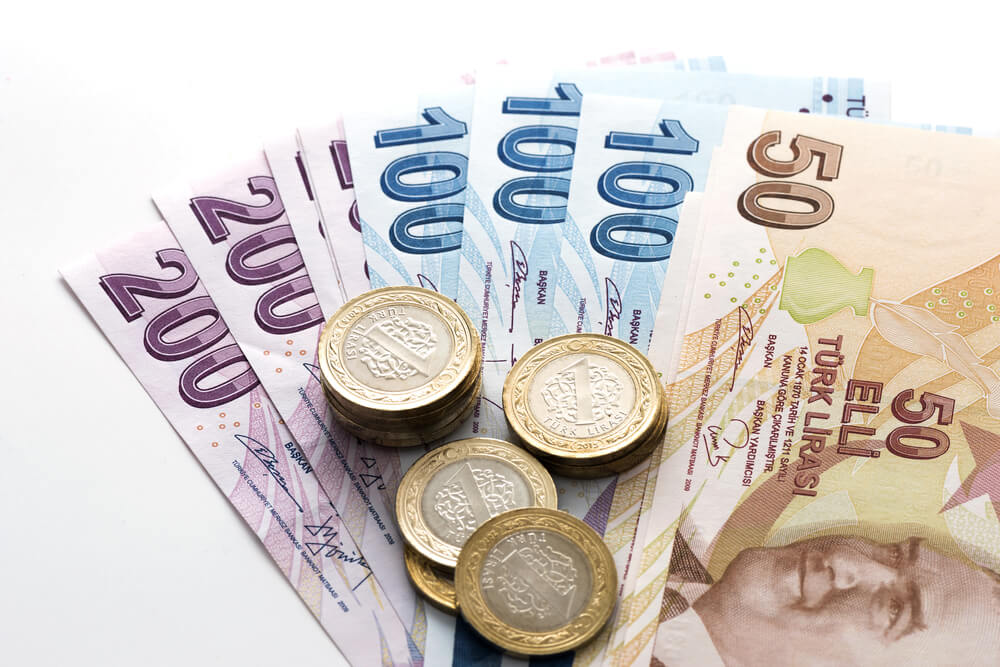 An All-time Low on Mortgage Rates
Back in June 2020, the Turkish government has announced new incentives to restore the housing market after the COVID-19 hit the country. While housing loans increased by a record amount of 612.15 million USD in the first week of June, federal banks provided 539.27 million USD of this growth. In just the first two weeks of June, there was an increase of 714.23 million USD in housing loans. Public banks lead the payment with 597.62 million USD.

The consumers who wish to buy brand-new homes will have up to 15 years of payment on mortgages, with interest rates as low as 0.64% and can have a no-payment period of 1 year.

Mortgaged house sales recorded a 23.9% increase at 18,483 – a 36.3% share of all sales over the same period. By the end of the month, Home sales were covering 50% in Turkey after the new mortgage loan packages were introduced. The sales are expected to rise significantly beyond the month, thanks to these federal mortgage loan packages. The real estate sector will likely make as many sales by the next year as in a year if banks continue to offer low-interest mortgage loans.

Turkish Citizenship by Real Estate Investment
In 2018, the Turkish parliament approved a new law that allows foreigners to receive citizenship by purchasing a property worth $250.000 USD. In just 3 months, with the promise of not selling the property for 3 years(can be rented in the meantime), you can own your dream house, gain your citizenship, and give citizenship to your family.

A Turkish Citizenship allows you to travel between 114 countries Visa-Free. These countries include Japan, Brazil, Nigeria, Ukraine, and many Far East Asian countries.

Low-Cost Living in Luxury
While Istanbul might seem a bit costly for locals, it’s more reasonable for foreigners. Comparing it with western countries, we can admit that it has low daily costs for groceries, health care, clothes, and foods. However, it’s expensive for gasoline, automobiles, and imported goods as they are heavily taxed for personal usage.

Accommodation is the highest expense you will be paying. Of course, it depends on the size of the house and the area where it is situated. The central districts and those boarding the Bosporus from both sides European and Asian, have the highest rent such as Beşiktaş, Kadıköy, Üsküdar, Şişli, and Beyoğlu.

Megaprojects and Real Estate
The Turkish real estate sector has been benefiting from mega projects such as Marmaray, Yavuz Sultan Selim Bridge & Northern Marmara Highway, Eurasia Tunnel, and Osmangazi Bridge ever since their completion in the last half-decade. Looking further, even the mention of Canal Istanbul, GalataPort, and the new Istanbul Airport has boosted the creation of large-scale real estate projects around the region.

What Future Awaits the Real Estate Market of Turkey
In Istanbul especially, 3+1 and 4+1 residential units are on the rise, catering to families instead of single professionals. At some l

ocations, such as close to a university (Bahçeşehir, Maltepe), smaller units such as 1+1 and 2+1 are still preferable and have higher absorption rates, but the overall trend is towards larger units.

The Housing Development Administration (TOKI) is leading mass housing development and regeneration projects, with a focus on providing social housing for low and middle-income households.

Over the last five years, mixed projects incorporating residential areas with retail, office, and hotels are on the rise. Retail areas in the branded residential projects are often designed to answer the needs of the project itself, but in some cases, retail areas are designed as shopping centers targeting outside customers. Istanbul districts like Beyoğlu, Maslak, Ataşehir, and Küçükçekmece has been attracting new homeowners every season.

Since 2012, the Urban Renewal and Development initiative has applied to 7.5 million housing units. The initiative has a budget of USD 400 billion, in which the private sector contribution is at the highest level. The purpose of Urban Renewal Projects is to prevent the loss of lives and property in the event of an earthquake, as Istanbul has been expecting a large scale event for decades now. Every residential project that has been built in the last 8 years especially has been done so with earthquake prevention laws applied.

According to the Ministry of Environment and Urbanization figures, there are 19 million residential structures in Turkey, and 14 million of these residences are vulnerable to natural disasters. Construction has begun in several projects with the law in force. Cities located on a fault line have the most risk. The major projects will begin in the cities located on a fault line, such as Istanbul, Kocaeli, Sakarya, Bursa, and Izmir.

Tourism
In 2017, international visitor arrivals to Turkey increased by 28% to 32.4 million compared to the previous year. In terms of source markets, arrivals from Georgia secured first place with an 11% share, followed by Iran (11%), Bulgaria (10%), Germany (8%), and Georgia (8%), and the Russian Federation (4%).

Health tourism in Turkey has significantly evolved in the past years and will propel Turkey to become a global point in the future. According to TurkStat, health tourism-related income increased by 16% to reach approximately USD 830 million in 2017. The annual growth rate between 2011 and 2017 was observed to be an impressive 9%, which secured Turkey’s place as a major player in the region.

As part of holiday tourism, Halal tourism abides by the rules of Islam. This method is observed to be one of the prospective trends in the last couple of years within Middle Eastern countries, as many Muslim travelers prefer to stay at halal hotels during their journeys. Most people in Turkey accepted Islam as their religion, and thanks to its borders with multiple MENA countries, Turkey is the top destination in terms of ease of access, which depends on the scores of Air Connectivity and Visa-Free Travel.